Our Story. Our Growth. Our Impact. 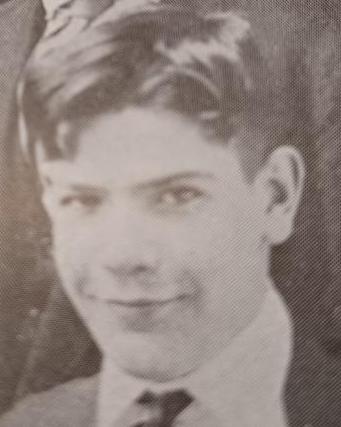 It seemed only fitting that Arnold Gingrich graduated from Central High School in 1921 as the recording secretary of the Iconoclast Club. A brash young man named Class Wit by schoolmates, Gingrich followed his own path—from the concert stage to the trout stream to the editor's office—on his own terms. In addition to the Iconoclast Club he was a co-founder of the Druid Club, had a chair in the orchestra, beginning as second violin as a freshman, and was a member of the Philharmonic Club. His reputation was
secured by his senior year, summarized next to his yearbook photo: "I have a natural taste for books." He attended the University of Michigan graduating as a member of Phi Beta Kappa.

He took a job writing advertising copy for Kuppenheimer Clothes in Chicago where he met William Weintraub and David Smart, who asked him to become editor of Apparel Arts, later known as Gentlemen's Quarterly. A men's fashion magazine that promoted elegance and style—it had swatches attached to its pages—its popularity inspired Gingrich and his partners to create a publication of their own. They gave it the name Esquire, after a tongue-in-cheek letter to Gingrich came to him addressed "A. Gingrich, Esq." The name fit and within a year the magazine had a mascot, Esky, created by the renowned African-American illustrator Elmer Simms Campbell. In a slight touch of irony, Gingrich, as he aged, came to resemble the magazine's mascot. High fashion was only part of the equation for the new publication. Prior to the launch of Esquire, Gingrich had a chance meeting in a Chicago clothing store with Ernest Hemingway. He promised to pay Hemingway double what any other magazine paid if Hemingway agreed to write for him. Hemingway not only agreed but helped Gingrich enlist other writers. Big names, such as John Dos Passos and Ring Lardner, appeared in Esquire's first issue. Others followed. William Faulkner, F. Scott Fitzgerald, Dorothy Parker, Tennessee Williams, James Baldwin, just to name a few, graced Esquire's pages. In one instance, he was challenged to a shooting contest by Hemingway who promised to give him the story he wanted if he could gun down the most beer cans. Seemingly outmatched, Gingrich, who'd never held a gun before, won the contest, graciously stating later that "I guess he was drunker than I was." Gingrich also spent some time at the typewriter, producing nine books, including paeans to fishing and the violin. Gingrich maintained his appreciation for the latter two passions for the rest of his life, practicing both each morning before he began his workday. And his wit stayed always fresh, often prescient. Years before the idea of climate change became an issue Gingrich made the following observation in a commentary about fly fishing: "Water that isn't fit for trout won't much longer be fit for us."

or
Please check your e-mail for a link to activate your account.